A Journey of a Thousand Miles Begins With a Single Step… 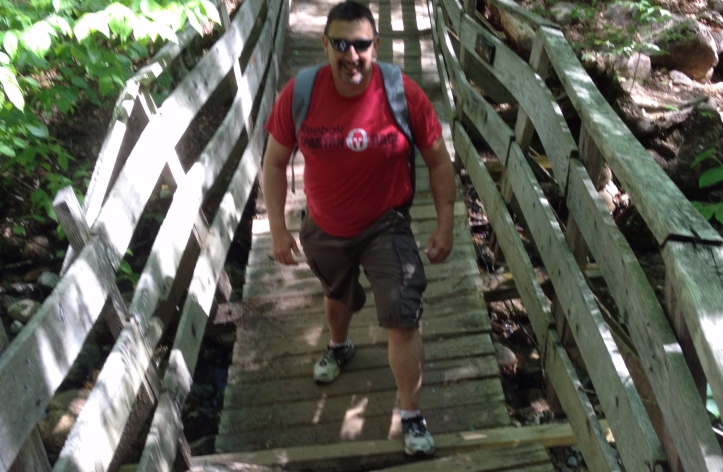 Ah yes, the famous “Journey of a thousand miles…” quote. Lao-Tzu laid that little gem on us some 2500 years ago, and because most consider him to be the father of Taoism,  it is believed he was referring to embarking on a spiritual journey, or undertaking  some monumental task. I, on the other hand, like to think he was talking about starting a new diet and exercise program. They say he was in pretty good shape for an old fella, so it could be true.

Okay, so maybe I can’t back that up. But what the heck? The saying works well in this context doesn’t it? Also, it’s a proven fact that if you want to sound really smart, Google a good quote from an ancient eastern philosopher and apply it to whatever you’re writing about. Just hope that no one asks you to compare Confucianism to Taoism, or expand your thoughts on the Tao-Te-Ching.

Think about how well Lao-Tzu’s wisdom works here though. I mean here you are, you’ve read my first post and it was so well written, that the spirit has hit you and you are ready to get back in shape.  Okay, maybe it wasn’t because of me, but whatever the reason, you are ready- this time you’re really going to do it! But how to get started? That can be a very overwhelming concept for some folks. I know it was for me.

There are running programs and gym memberships you can join. There is CrossFit, and Boot Camp, and CrossFit gyms that offer Boot Camp, and you’re still not even sure what the difference between CrossFit and Boot Camp is (just a hint, it involves weights). Not to mention HIIT training, which sounds great, if you knew what HIIT stood for. Then there’s Yoga, or Pilates, or if you want to turn it up a notch, Hot Yoga or Hot Pilates. Maybe you should try Zumba, kickboxing or Jazzercise (is Jazzercise still a thing? that was very 80’s of me to bring that up). Maybe you should just buy the DVDs “as seen on TV”, like “Insanity” or “P90X”, or for that matter, when it comes to infomercials, Chuck Norris would never lie to you, perhaps you should buy his home gym.

Then there’s a never ending list of diets: Paleo, South Beach, Atkins, The Zone Diet, Volumetrics… You get the picture. You can count your calories, count your macro-nutrients, or count your hours between meals. You can cut out sugar, cut out fat or cut out meat or even cut out solid food and turn everything you eat into juice! The options for what and how you eat are never ending.

Sure, a journey of a thousand miles begins with a single step, but what do you do when you don’t know which way to step or what to step on, and you feel like someone tied your shoes together?

Wouldn’t it be awesome if someone could just come along and tell you exactly what you needed to do to reach all your fitness goals, like one of those reality TV shows? Imagine if you were on a show like that, all this would be planned out for you.  You’d be selected by some super-star fitness guru, and after the initial greeting, filled with joy and hugs, you’d sit down and emotionally go over all the reasons why you want to change your life. Then, after you had a good cry, they’d hug you and tell you that this is your time to become the person you always wanted to be! All you have to do is what they tell you and they’ll be with you through every step of your journey.

Then you’d begin some rigorous, goal oriented diet and training regimen. Being motivated, you’d put all your effort into it and begin making progress immediately. After a little while though, having experienced some early success, you’d suffer some dramatic setback. This would add to the TV drama so there would have to be another round of crying and hugs, your celebrity trainer would tell you that they’d be there for you motivating you to get right back on the horse and hit it hard again. So you do, and this time you are determined and focused as you push yourself towards your goal.

By the end of the one-hour show, you get up on a scale in front of all your cheering friends and family. The numbers on the scale’s overhead digital display bounce up and down, while everyone crosses their fingers and desperately holds their breath. Eventually, the numbers start to slow down and then suddenly… BOOM. There it is! Your target weight! Everyone cheers and there are more hugs and crying (like we haven’t done that enough yet) and you receive an over-sized check from the show’s sponsor, rewarding you for all your hard work. Congratulations, you have reached your objective! You are done and now you can live the remainder of your years fit, thin and happily ever after.

Would that be great or what?

Now don’t get me wrong, I’m in no way putting these kinds of shows down, or making fun of the folks that go on them. In fact, if you get the chance to be the star of one of these tear jerkers, by all means do it, they seem to be very effective. For the rest of us though, who will never experience this level of fame, none of this is going to happen. Well at least not all of it.   No celebrity fitness guru is going to sit down on your couch and give you a pep talk about how you deserve to be happy. They’ll be no free tailored diet and exercise plan, and no cheering crowds as you step on the scale. Of course I’m guessing at that last part, I really don’t know how many people you can fit in your bathroom.

However, as far as the setbacks and the tears go, there’ll be a lot of those, and for the most part, you’ll experience them alone. In fact, when  you decide to get serious about your health, you’re pretty much going to have to do most of it on your own. Sure, you may have a friend that wants to start working out with you, or you and your spouse may decide to go on a diet together. Eventually though, your gym buddy will stop going to work out with you because their work schedule changes or your husband decides ice cream sandwiches are a healthy option for a low-calorie dessert. So he buys a box of them, then eats six of them in one sitting, and finishes the rest off the next day (yeah, I’ve been known to do that).  We all have friends and family that want to help and will offer their support, but that support will come and go, because let’s face it, they have stuff going on in their life too. After a while, you’ll figure out your success or your failure is entirely up to you.

Which brings us back to our “single step” for our thousand-mile journey. What are you going to do to get started? It can seem like a very daunting task. There are so many options out there, and everyone -myself included- has an opinion on what is right and wrong and how you should go about it.

So, I figured for my next few posts I would put out a few things I learned from my two-hundred-some-odd attempts to live a healthier lifestyle, including the attempt I’m on now.  I originally intended to list them all in this one article, but the entire post turned out to be over 7000 words long, and I was only halfway done writing it. I’ve mentioned earlier that I’m not really a blog writer, so after I did some research I learned that 7000 words was probably too much. It also occurred to me that if I was falling asleep while I was writing it, your chances of staying awake reading the thing were probably slim to none.

So instead I’ll break them up over the next few weeks, discussing things like how to start, what exercises plan and diet to pick, my thoughts on setting goals and things of that nature. As I mentioned many times before, I am not a fitness expert and none of my opinions have been tested in a lab or proven by science. I’m just putting out what has and hasn’t worked for me in the past.

Consider me to be more like a hiker, traveling up a path a few hundred yards ahead of you.  As I’m heading up the trail I’m looking for the best footing possible and while doing so, I happened to step in moose poop. All I’m doing here is shouting back to you suggesting which way you should go and warning you not to step in the same shit that I did. Whether or not you choose to listen is up to you.